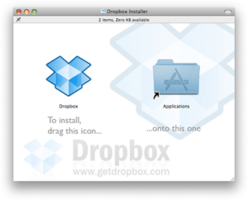 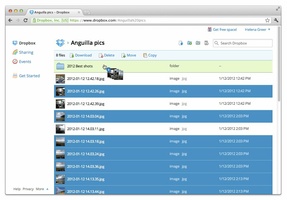 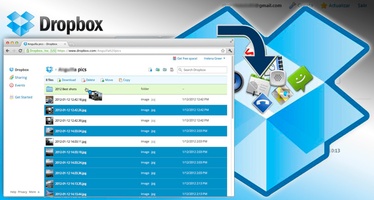 Advertisement
DropBox is a social storage system that has a 2 GB capacity and allows you to store any file to share it with other users or as a back-up copy.

The application integrates perfectly into Finder, and is only one additional folder in the directory structure. The files or folders that you copy into DropBox synchronize automatically with the files on your existing user account on the internet.

DropBox includes a system of shared folders that any user can access with a previous invitation. It is ideal for sharing pictures with family and friends, as they are presented in a gallery format. Finally, any file is accessible from the internet as it has its own URL.
Reviewed by Álvaro Toledo
Now you can use offline folders on the Dropbox smartphone app

The file-hosting name that's probably done the most for cloud storage technology has added a novelty that users have been asking for for ages now: to be able to work offline with files on the mobile app. Dropbox finally has one of the most requested features that other competitors have boasted for a long time.
See more

A few days ago, many Dropbox users received an email prompting them to change their passwords if they hadn't done so since 2012. What appeared at that time to be a "preventative measure" now seems to have been revealed as a response to a leak of account info that occurred that year. To be exact, 68,680,741 accounts may have been exposed, including email addresses and encrypted passwords that in some cases may be revealed by using a weak hash that was later modified for those who reset their password.
See more

Drive has Google Docs, OneDrive has Office 365 and its smartphone apps. But what's the deal with Dropbox? The groundbreaking cloud-storage service has till now been the odd one out without its own document editing tool. But never fear, now there's an app for that: The first public beta of Dropbox Paper has just come out. With this cool tool you can now create and edit text docs online – along with all your collaborators.
See more

What does "Thank you for checking your email address kansho@green-ltd.co.jp. Now you can share folders with friends, family and colleagues?" Do you mean that your friends, family, and co-workers can s...

Dec 9th, 2014 How to edit Dropbox documents on Office for Android